Trützschler’s Indian subsidiary formerly known as “Trumac” was established in 1977 in Ahmedabad, India. In the initial years from 1981 to 1992, company activity was mainly concentrated on supplying blow room machines. In 1992 cards were added to the production program and in 2002 draw frames. It was in 2009 that a transition began with supply of Trützschler series of machines to the Indian market under the brand name of “ Trützschler”. These cutting-edge machines ensured that products and services were of the global level.

Today ”Trützschler India“ is not only the place where machines of international quality are produced, but also project planning, sales and nation-wide service are independently taken care. Trützschler India’s (TIPL) plant admeasuring 36000 sq. m. is upgraded with extensive investments in building, machines and processe in order to align itself with Trützschler’s “Global Production Strategy”. With the addition of new highly sophisticated machines like high speed laser cutting machines from Trumpf, CNC press brake Weinbrenner , CNC roll bending machine, machining center from Hueller Hille (MAG), turning center from Magdeburg and Monforts, turn-mill centers from DMG and Mazak and new powder coating plant from GEMA, the plant capacity has stepped up resulting into improved productivity. This helped us to follow the best manufacturing processes and operations, as practiced in Germany.

TIPL also introduced ‘Lean Manufacturing’ and ‘5S’ concept. This improved material flow in the production, resulting higher productivity and lower wastage. These initiatives together with quality circle, daily reviews, involvement of people and cross functional interactions in the shop floor has been a real success at all levels. With ISO 9001:2008 certification under its belt, TIPL is confident to remain competent enough to shoulder future  responsibilities.

TIPL is active in the SPINNING PREPARATION and CARD CLOTHING divisions, and also supports the Trützschler group’s NONWOVENS activities in India. 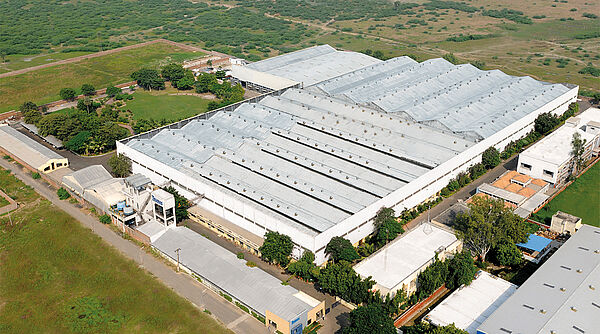